Please Wait...
Home TMKOC's 'Dayaben' is the owner of crores, despite being away from TV for 5 years

TMKOC's 'Dayaben' is the owner of crores, despite being away from TV for 5 years

Disha Vakani Net Worth: Dayaben aka Disha Vakani of 'Taarak Mehta Ka Ooltah Chashmah' has no shortage of money. Despite being away from TV for 5 years, she has assets worth crores. 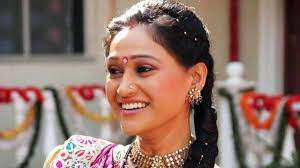 'Taarak Mehta Ka Ooltah Chashmah' is one such show, which has not dominated for one or two years but for 14 years. This show has given many such characters, which will always be remembered. The face that has gained the most popularity is Dayaben aka Disha Vakani. Disha Vakani, who made the audience laugh for 9 years by being a TV Dayaben, may be away from the screen, but the fans keep remembering her.

Disha Vakani took maternity leave from 'Taarak Mehta Ka Ooltah Chashmah' in the year 2017, but even after 5 years, she has not been able to return to the show. The fans are waiting with bated breath for the direction. Even Asit Modi is waiting for Disha instead of replacing her, perhaps that's why despite a gap of 5 years, the new Dayaben's entry has not been done in the show yet. Well, even though Disha is away from TV, let us tell you that she is the owner of property worth crores. 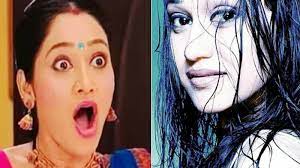 Net worth of disha vakani
Disha Vakani has been busy in the acting world for many years. She played the iconic role of Dayaben in 'Taarak Mehta' for 9 years and she became one of the most demanding actresses on TV, the actress is also included in the list of TV's most expensive actresses. According to media reports, Dayaben aka Disha Vakani's total assets is around Rs 37 crore. She used to charge around one and a half lakh rupees for an episode in 'Taarak Mehta'.

Disha Vakani married Mayur Padia in the year 2015. Mayur is a Chartered Accountant. In the year 2017, the actress welcomed a daughter. At the same time, in 2022, she became the mother of a son.